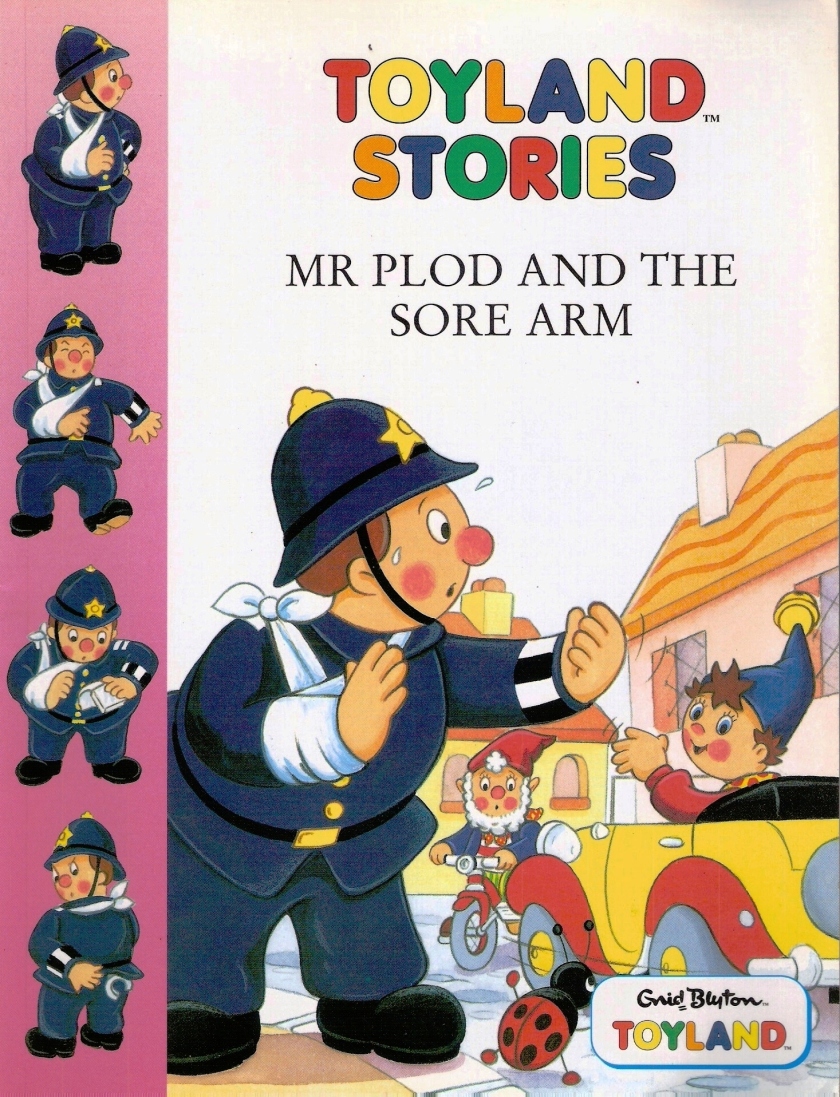 I bought this book at the MPH Warehouse Sale.

This book was written by Enid Blyton.

I enjoyed reading this book.

This is the story.

Mr Plod rode his bicycle and hit a stone.

Big Ears ran out of the house to help Mr Plod.

Big Ears put a sling on his right arm.

But Mr Plod wanted to work.

Noddy told Mr Plod that somebody stole his biscuits.

When they reached Noddy’s house they saw the biscuit-thief.

His name was Gobbo the goblin.

He was climbing Noddy’s window for more biscuits.

Mr Plod couldn’t reach the hand cuffs because his hand was hurt.

Mr Plod went to the centre of Toy Town.

He wanted to direct the traffic. But he couldn’t put up his right hand to stop Mr Sparks.

Next Mr Plod tried to stop Noddy and Big Ears from colliding.

But he could not put up his hand to stop Noddy.

Noddy and Big Ears drove right into each other.

They told Mr Plod to go home to rest until his hand gets better.

Mr Plod had to agree with them.

He went home to rest.

2 thoughts on “Mr Plod And His Sore Arm”