Malaysia Airlines is appealing to the family members or friends of those onboard MH17 to contact the airline. Enclosed is the MH17 passenger manifest for reference.

In the past 45 hours, the airline together with various foreign embassies have made every effort to establish contact with the next-of-kin but is still unable to identify many more family members.

Alternatively the family or friends may call the numbers below in their respective countries:

As of 19 July 2014, 5:00pm, the table below shows the latest number of passengers and their nationalities:-

Meanwhile, Malaysia Airlines deployed a ferry flight last night mobilizing 212 personnel from various government and media bodies and its staff to Kiev and Amsterdam in a special mission for MH17. A total of 85 Malaysia Airlines’ ‘Go Team’ members have been deployed, of which five members will join Malaysia’s Special Disaster Assistance and Rescue Team (Smart) in the search-and-recovery mission at the crash site in the Donetsk region, while 80 other members comprising care givers and the management team will be stationed in Amsterdam to assist the family members of the passengers.

Finally, Malaysia Airlines requests the cooperation of members of the media to respect the privacy of the grieving families. The airline’s top priority remains to provide care and assistance to the families of the passengers and crew and any information with regards to their movement will not be made public. 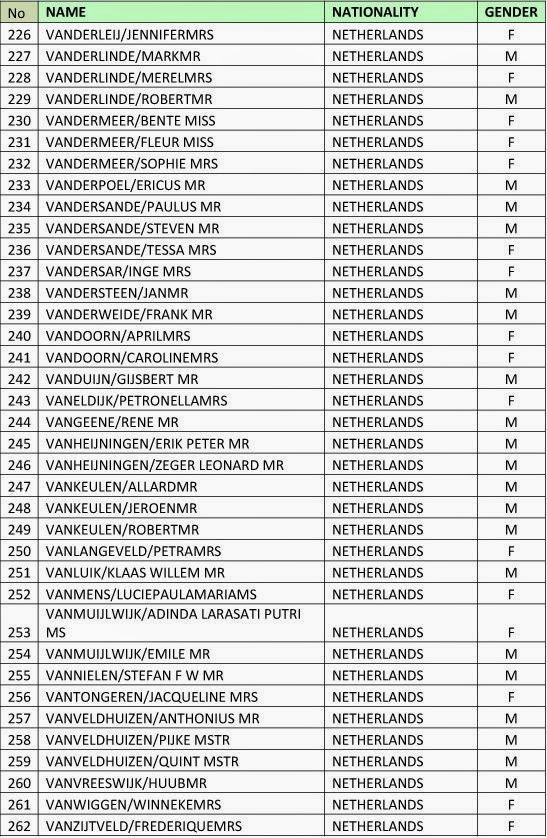 I would like to wish my deepest condolences to the families and friends of the passengers and cabin crews on board of MH17.