There are garbage islands in China’s Yangtze River after the terrible flood.

In some part, the garbage were so thick that people can stand on it.

Flood caused the garbage islands by carrying garbage from one place to another and dump them into the river.

The flood damaged buildings and trees.

The debris from the flood caused the garbage islands too.

The Three Gorges Dam is on the Yangtze River.

And the amount of garbage in the river could jam the gate of the dam.

The decaying garbage can also pollute the water quality.

The water will became smelly and dirty.

And there will be lots of  bad germs in the river.

The germs can kill the fishes and other animals that live in the river.

Contaminated water is bad for human too.

It can cause Cholera, diarrhoea, food poisoning, some skin diseases and other health problems.

Dangerous chemicals were also swept to the river by the flood.

I knew that flood cause garbage but I did not know that it can caused garbage islands.

This is another disaster for China. 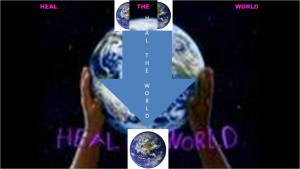