I do not understand what is the problem with certain politicians of late.

It seems that condemning Islam and questioning the rights of the Malays is now in trend, and so, lots of political leaders jump on the bandwagon as not to be left behind.

Recently, it was the Gerakan vice-president’s turn to make to make such statement, although he later retracted his statement.

According to Gerakan’s Dominic Lau Hoe Chai, “it is religious schools and not vernacular schools that are likely to threaten unity in the country”, as reported by Free Malaysia Today (FMT). 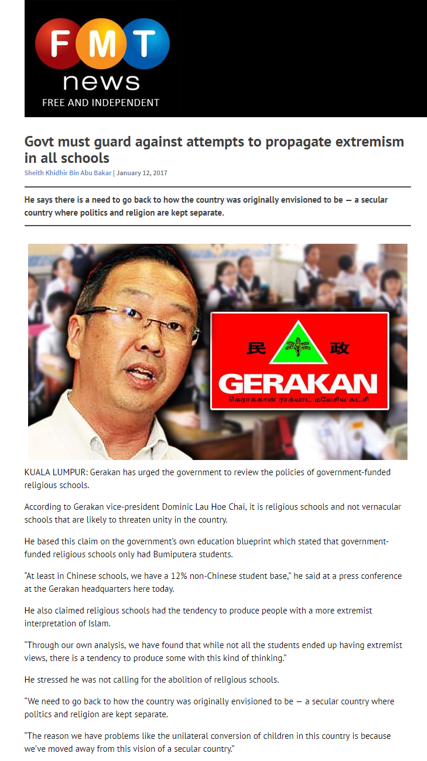 FMT wrote, “He also claimed religious schools had the tendency to produce people with a more extremist interpretation of Islam” and Gerakan’s Lau as saying, “The reason we have problems like the unilateral conversion of children in this country is because we’ve moved away from this vision of a secular country”.

Please read and understand the Rukun Negara and the Federal Constitution.

How could leaders lead a country and want the people to obey the law when they themselves failed to understand and respect the main principals and the supreme law of our country?

My question is, is political gains are more important to these politicians than the unity of the people?

Can they at least try to understand the Social Contract and the history of our country?

Talking about the actions and attitude that threaten that unity in the country, the ill and racist comments by FMT readers on articles about me mostly came from people who hate Islamic Schools and claim that Malaysia is a secular country.

By the way, does the Gerakan man think that Gerakan can win the election without the Malay votes?

Yesterday, was a big day for the Malays, when the city of Kuala Lumpur was flooded by “baju merah” to mark their support for the legitimately elected government after the “baju kuning” of illegal Bersih 4 demonstration claimed that they are the voices of the nation.

Our country has always been peaceful apart from the racial riot of 13 May 1969 that killed a lot of innocent people that was started by people who are selfish and do not respect the Federal Constitution.

To protect the stability of our country and to avoid such tragedy, the government then amended the Akta Hasutan.

Now the people who call themselves as human right activists are again questioning some Articles in our Federal Constitution and want the Akta Hasutan to be abolished.

And they are the people who are behind the Bersih illegal demonstration.

Are they being fair when they demand their rights but deny the rights of others?

We must learn from history and learn to respect each others’ rights to maintain racial harmony and we can start from listening to what had been said by our great forefathers: 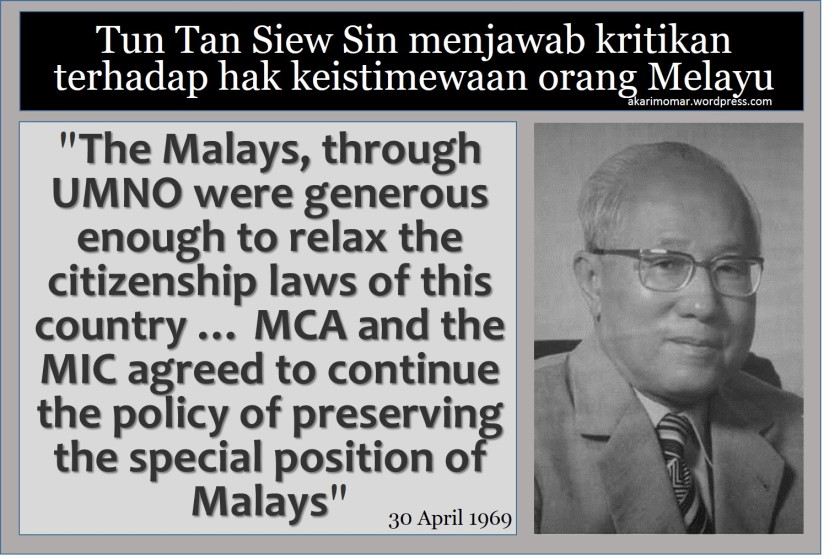