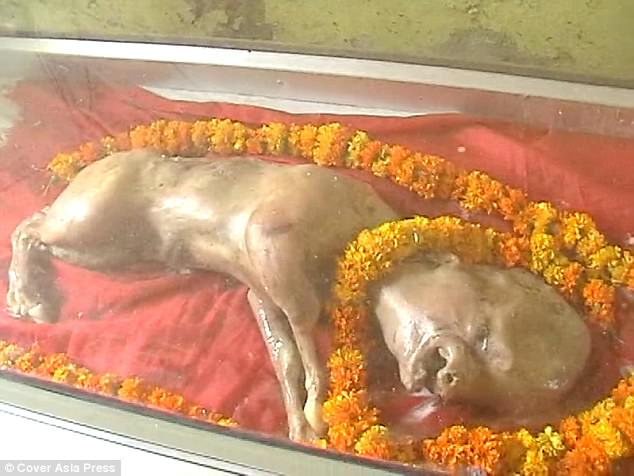 A video of a cow with a human-like features found in India went viral as villagers across the region went to see the phenomenon.

The calf was born with the eyes, nose and ears that resemble that of a human, while the lower part of its body had features of a cow.

But this cow died within an hour of its birth in Muzaffarnagar, as it was kept in a glass box.

This is a similar case to the human-faced baby goat found in the Felda Sungai Mas in Kota Tinggi, which also died when it was found by its owner, Ibrahim Basir.