On March 11, 2017, the DAP Seputeh MP said on her Facebook page that, “This case tells us that Syariah laws will affect non-Muslims in the end…..” with a photo of a man being caned in Aceh.

I wonder if Teresa Kok read the News Asiaone report before making her posting because  News Asiaon reported that the two men chose to be punished under the Syariah laws instead of Indonesian national legal system.

If Teresa Kok understands English, she’ll know that the Buddhists themselves chose to be caned instead of jailed. 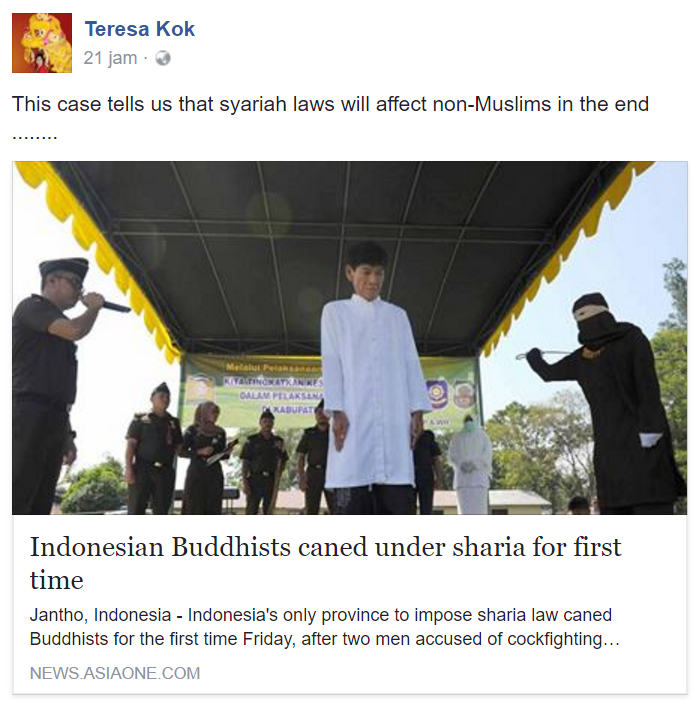 Maybe Teresa Kok is trying to relate the news to the amendment of Act 355 in order to scare the non-Muslims that in the end, it will affect them as well.

If so, it is another dirty tactic to spew hatred towards the Muslims who are fighting for the Act 355 to be amended because:

It is easy for leaders like Teresa Kok to spread lies to her supporters because: