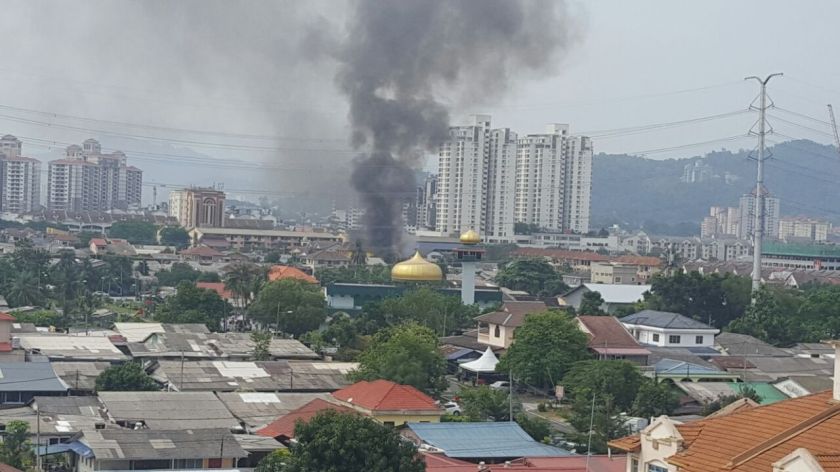 Five houses were damaged during a fire at Lorong L4 (Bahagia) in Kampung Pandan Dalam this afternoon.

One house was wiped out by the fire, while two others were badly damaged but fortunately, no casualties were reported.

The owners of the house which was completely destroyed were away when the fire started.

The fire started at around 3:20 PM at a house on the left of the house which was fully burnt down, before the fire rapidly spread to the other houses as the houses are built very close to one another.

Strong wind and narrow roads around the area makes it harder for the firefighters to stop the fire, but it was settled at around 4:20 PM.

I witnessed the incident and it was really sad the see such a tragic incident.

Below are the pictures of the incident captured by my father: