I am very honoured to be able to meet the Menteri Besar of Negeri Sembilan, Dato’ Seri Utama Haji Mohamad Hasan during a program at the Wisma UMNO Negeri Sembilan in Seremban recently.

Malaysia is an Islamic country of Ahli Sunnah Wal Jamaah from the Shafie school of thought or madhhab and Menteri Besars who are the chairmen of their respective state’s Majlis Agama Islam (the Islamic authority) are tasked to assist the Sultan in protecting the sanctity of Islam in their states.

In order to do so, they must have a very good understanding of the subject of Ahli Sunnah Wal Jamaah which is sadly being ignored by some leaders.

And for this reason, I’m really impressed with Dato’ Seri Utama Mohamad’s understanding of Islam, and the brave actions that he took to protect the sanctity of Islam in Negeri Sembilan, even though those actions were considered as unpopular by certain people, for example having a strict guideline to monitor the teaching of Islam in the state, the transgender case and others.

Dato’ Seri Utama gives a clear message that Islam, as the religion of the state and the country, must be respected by everybody and is above other religions in Malaysia.

I hope that the people of Negeri Sembilan can understand how lucky they are to have a great Muslim leader. 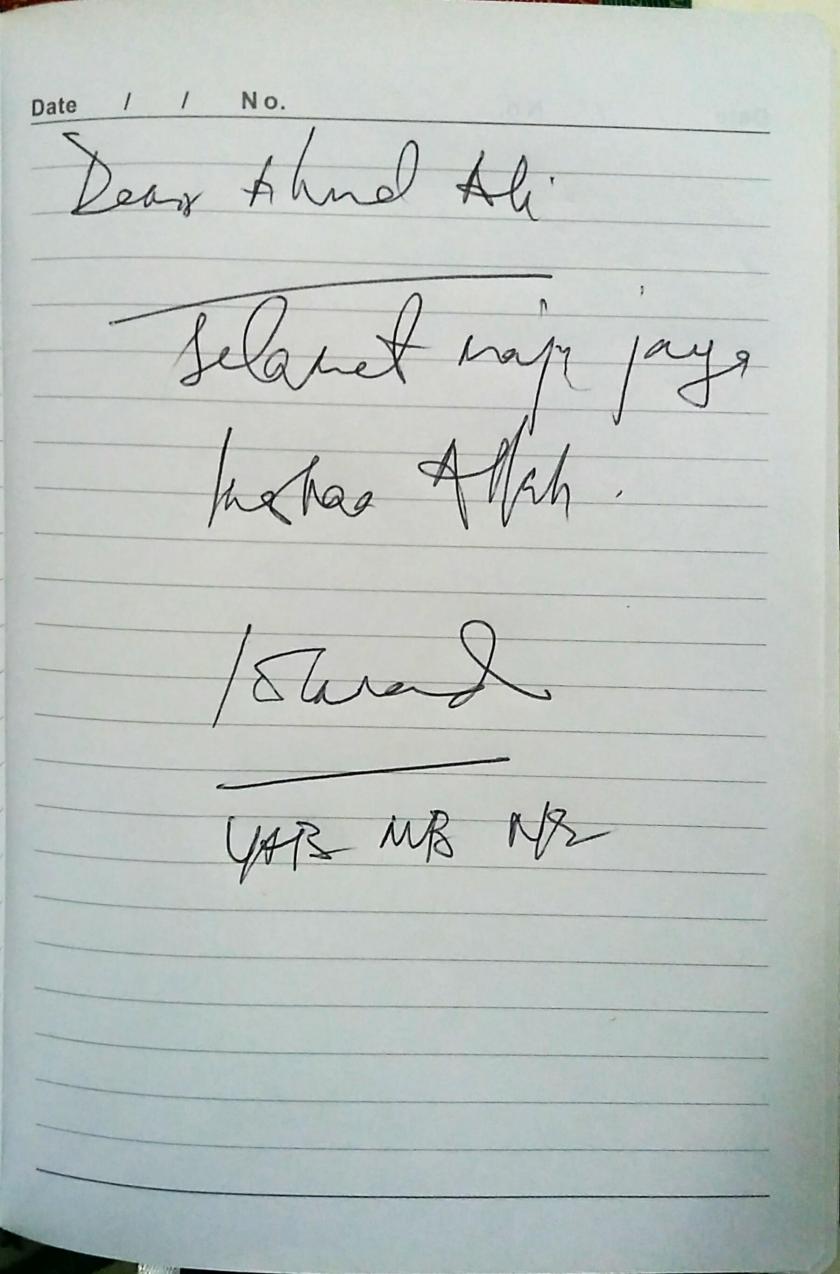 2 thoughts on “Meeting The MB of Neger Sembilan”