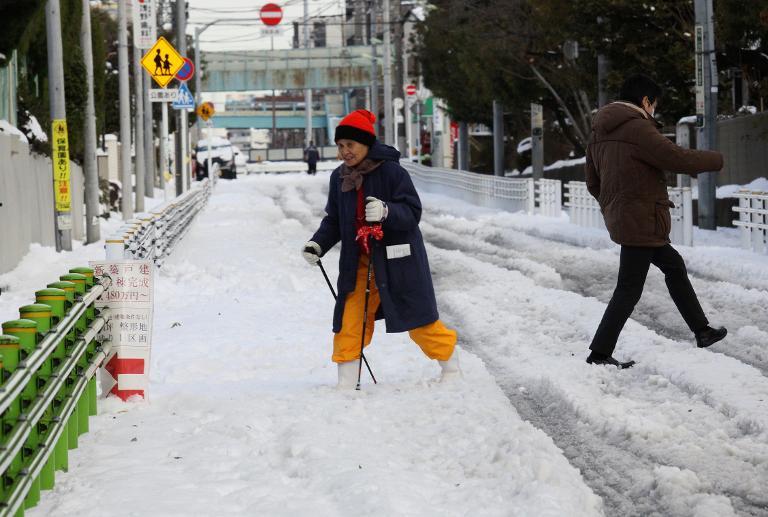 Snow storm hit Tokyo and some other part of Japan on Saturday.

Reports on Sunday said that at least seven people were dead and more than 1,000 people were injured across Japan.

Due to the heavy snow, hundreds of flights were cancelled.

NHK said that nearly 5,000 people were stranded at the Narita airport Saturday as traffic linking the airport to the capital was disrupted.

More than 20,000 households were without electricity on Sunday.

Japan Meteorological Agency expected more snowfalls in the northern part of the country on Sunday.