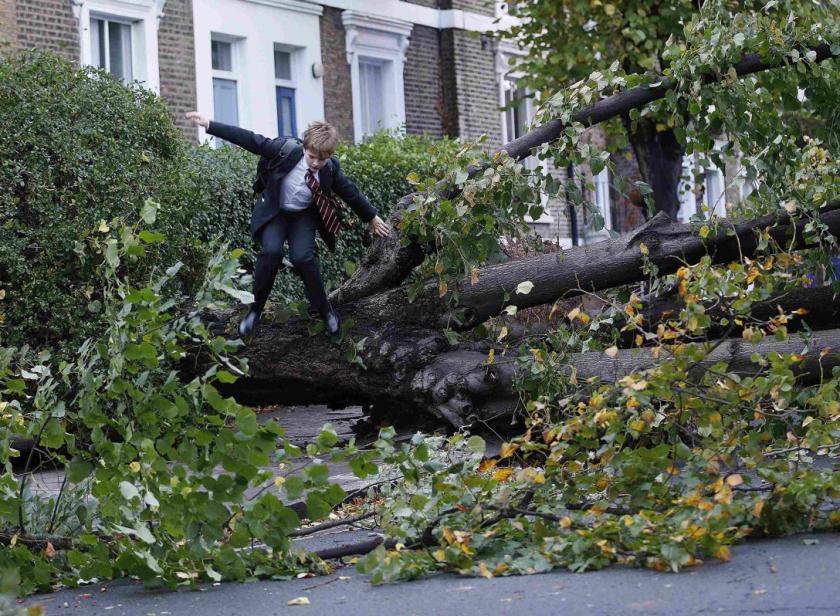 Theo Harcourt, a 13-year-old student, jumps over a fallen tree as he makes his way to school in Islington, north London October 28, 2013, after strong storm winds and rain battered southern parts of England and Wales early on Monday, forcing flight cancellations, disrupting trains and closing roads and major bridges before the start of rush-hour. Local media dubbed the storm “St. Jude”, after the patron saint of lost causes who is traditionally celebrated on October 28. REUTERS/Olivia Harris