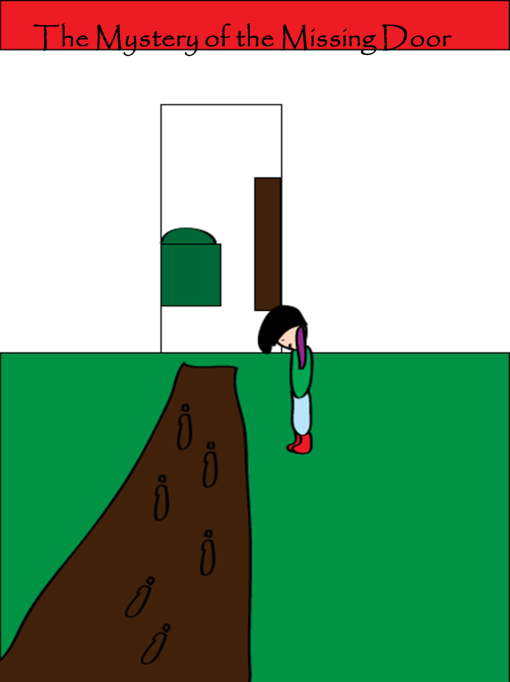 The Mystery of the Missing Door (Chapter 5: The Country Fair)

“We lost him!” shouted Reen.

“Don’t lose hope,” said Pete. “He went into the circus tent. Come on, Reen. Lets go after him.”

Pete ran towards the tent followed by Reen. It was in the middle of a circus show, so both of them bought their tickets and took their seats. They watched the clown juggled five apples on his legs while doing a handstand. Then they watched a bear dancing on a huge ball and next, they watched a monkey hopping on one leg on a tightrope.

They looked around them but the man they were after was nowhere to be seen. A man with a bowler hat called for a volunteer for the next act. Reen was the first volunteer. He put his right hand into the clown’s hat and took out a chicken sitting in a basket. The chicken jumped out of the basket and inside the basket there were four little eggs that were green instead of brown. The clown gave Reen a souvenir and Reen walked back to his seat with a big smile.

Reen looked at the volunteer and said, “Pete, that’s my big brother Mic.”

Mic was searching for Pete and Reen. He saw them entering the circus tent and went after them. Anyway he lost them after he bought his ticket, so he took a seat hoping to see them later. He was looking around at the crowd when he saw Reen put up his hands high up in the air waving at him. Mic nodded and waved back before he went back to his seat. He sent Safora a text message telling her that he found Pete and Reen in the circus tent.

And then, the most unexpected and surprising thing happened. Three men swung around and out came the Mayor of Woodsland jumping down from something that looked like a giant leaf that was lowered down to the middle of the circus ring to officiate the fair. Everyone clapped their hands and at that moment, Reen saw the man that they were looking for. He told Pete about it and Pete nodded and whispered that he saw the man too.

Pete got up from his seat as if he was bored and pretended to walk to the door followed by Reen. They passed the suspect, noticing his behaviour with other people. He seemed to be kind and gentle but  looked a little nervous. Pete was looking at him when the man got up pretending he was going to the toilet.

Pete walked out of the circus tent and as he took out his phone to send Mic a text message, he saw that his phone battery was dead. Luckily they saw Safora and Pete told her to tell Mic to meet them under the tree where they ate their ice creams earlier.

Meanwhile, Mic was enjoying an act where a monkey was riding a beautiful, white horse. The horse galloped fast around the circus ring with the monkey on its back and white mice on their heads. He was quite sad to read the message because he was looking forward for another act by the monkey and the horse.

Mic went outside and ran to the place where his friends were waiting for him. Pete told Mic and Safora about the suspect and why he and Reen rushed inside the circus tent without waiting for Safora and Mic.

They met Pete’s father who was still seating on the bench. He was reading another sports newspaper when he saw them coming. He bought them tasty burgers with crispy fries for lunch and they had more ice creams before they left the fair.

Pete’s father drove them back home and as he stopped his car in front of Mic’s house, Mic’s father invited him in. The children went to Mic’s room to discuss about the mystery. They listed out the clues and suspects in their note books and realised that they still need much more clues to solve the mystery.

4 thoughts on “The Mystery of the Missing Door (Chapter 6: The Circus)”