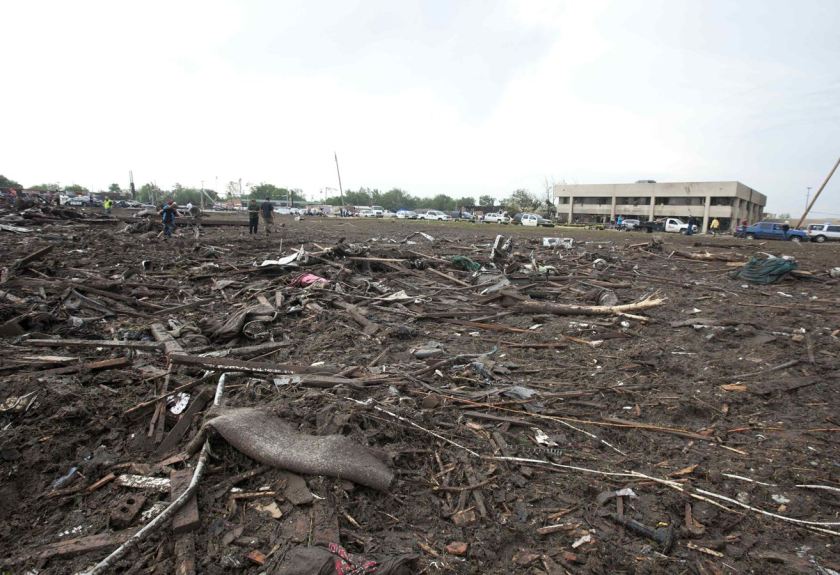 Parts of trees and household debris cover the ground after a huge tornado struck Moore, Oklahoma, near Oklahoma City, May 20, 2013. A massive tornado tore through the Oklahoma City suburb of Moore on Monday, killing at least 51 people as winds of up to 200 miles per hour (320 kph) flattened entire tracts of homes, two schools and a hospital, leaving a wake of tangled wreckage. REUTERS/Richard Rowe (UNITED STATES – Tags: DISASTER ENVIRONMENT