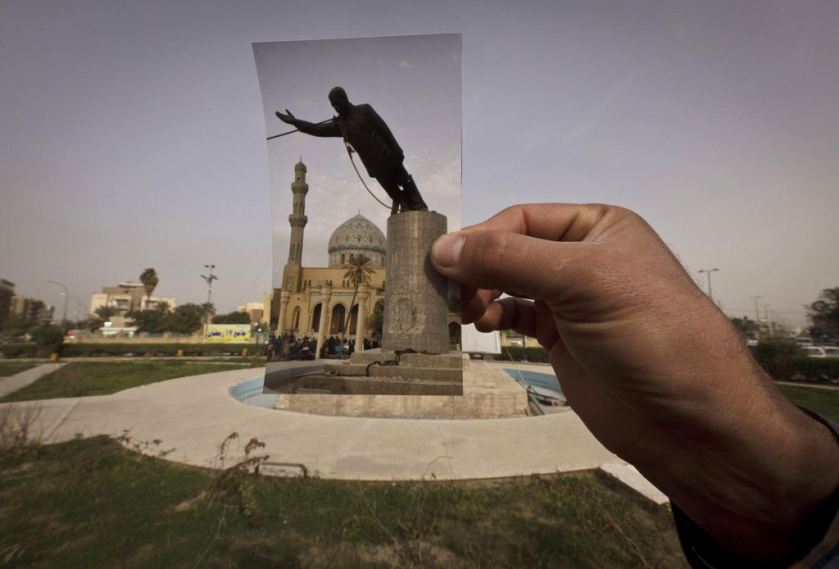 This Wednesday, March 13, 2013 photo shows a general view of Firdous Square at the site of an Associated Press photograph taken by Jerome Delay as the statue of Saddam Hussein is pulled down by U.S. forces and Iraqis on April 9, 2003. Ten years ago on live television, U.S. Marines memorably hauled down a Soviet-style statue of Saddam, symbolically ending his rule. Today, that pedestal in central Baghdad stands empty. Bent iron beams sprout from the top, and posters of anti-American Shiite cleric Muqtada al-Sadr in military fatigues are pasted on the sides.(AP Photo/Maya Alleruzzo)