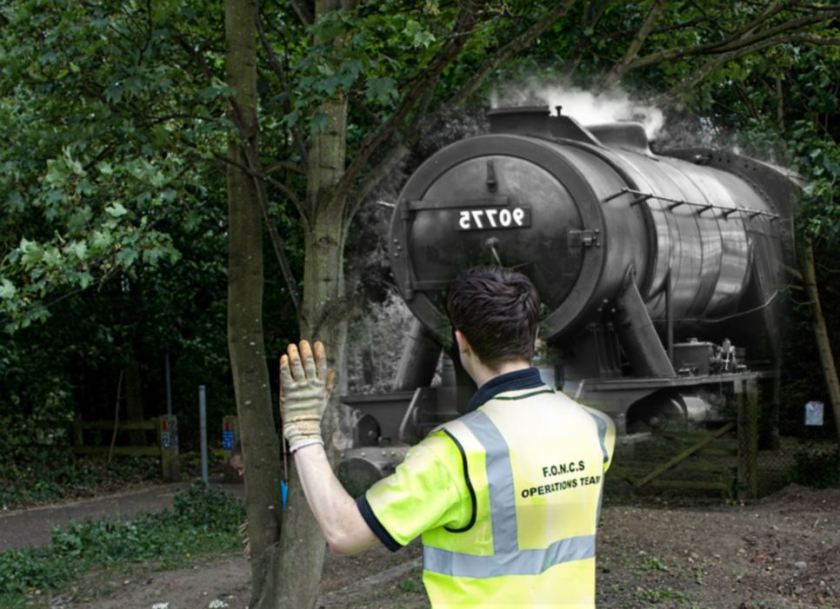 Lives along the route: Mr McPherson’s pictures combine people past and present

Artist Stuart McPherson’s M&GN Ghosts series, where he takes old photographs of trains and superimposes them onto present day pictures.
M&GN stands for Midland and Great Northern Joint Railway, a railway that ran in the eastern county of Norfolk in the UK from 1893 to 1959.
Pictured here is M&GN Drayton station.

*** Local Caption *** ALL MATERIAL MUST BE CREDITED “LONDON MEDIA”. 100% SURCHARGE IF NOT CREDITED